MILAN, Italy —Milan was melting today, but designers are opting for icy cold visions of femininity. At N.21, Alessandro Dell’Acqua continues distancing the brand, which gained recognition for a clever mix of boyish and girlish aesthetics, and a decidedly nonchalant vibe, from the metropolitan look that has defined its identity. The mood was uptight; bourgeois to be precise.

Dell’Acqua went full on lady-like, in fact, complete with couture fabrics, pencil skirts, feathers and spindly stilettos. In a way, it felt like a return to the good old days of his namesake Alessandro Dell’Acqua label, which was famed for its sensual take on femininity.

This season, Dell’Acqua channeled conservative in a sexy way. You get the picture: an idea of elegance so strict, it can only hide perversity. Bolts of bright colours and shiny, plastic-like materials further enhanced the contrast. Once again, the echoes of Miuccia Prada were palpable, but overall it made for noteworthy progress. It’s always encouraging when a designer avoids falling into a formula and moves forward.

Arthur Arbesser’s formula includes healthy doses of arty eccentricity. The Viennese transplant inhabits a happy niche, catering to women who clearly do not adhere to traditional stereotypes. Rather, you imagine them coming straight out of some Expressionist painting, or an artist studio, which makes the clothes engaging to look at but difficult to picture on a real body living in the real world. It’s a matter of lines probably.

Arbesser likes geometry and prefers an angle to a curve: that’s his signature, which can feel rather cold and two-dimensional. It’s like the designer looks at things laid flat on a sheet of paper.

This time around, influenced by the jolly work of Italian sculptor Fausto Melotti, Arbesser allowed the code to explode, mixing and matching bold stripes and checks, and layering aprons and tabards on patterned leotards. 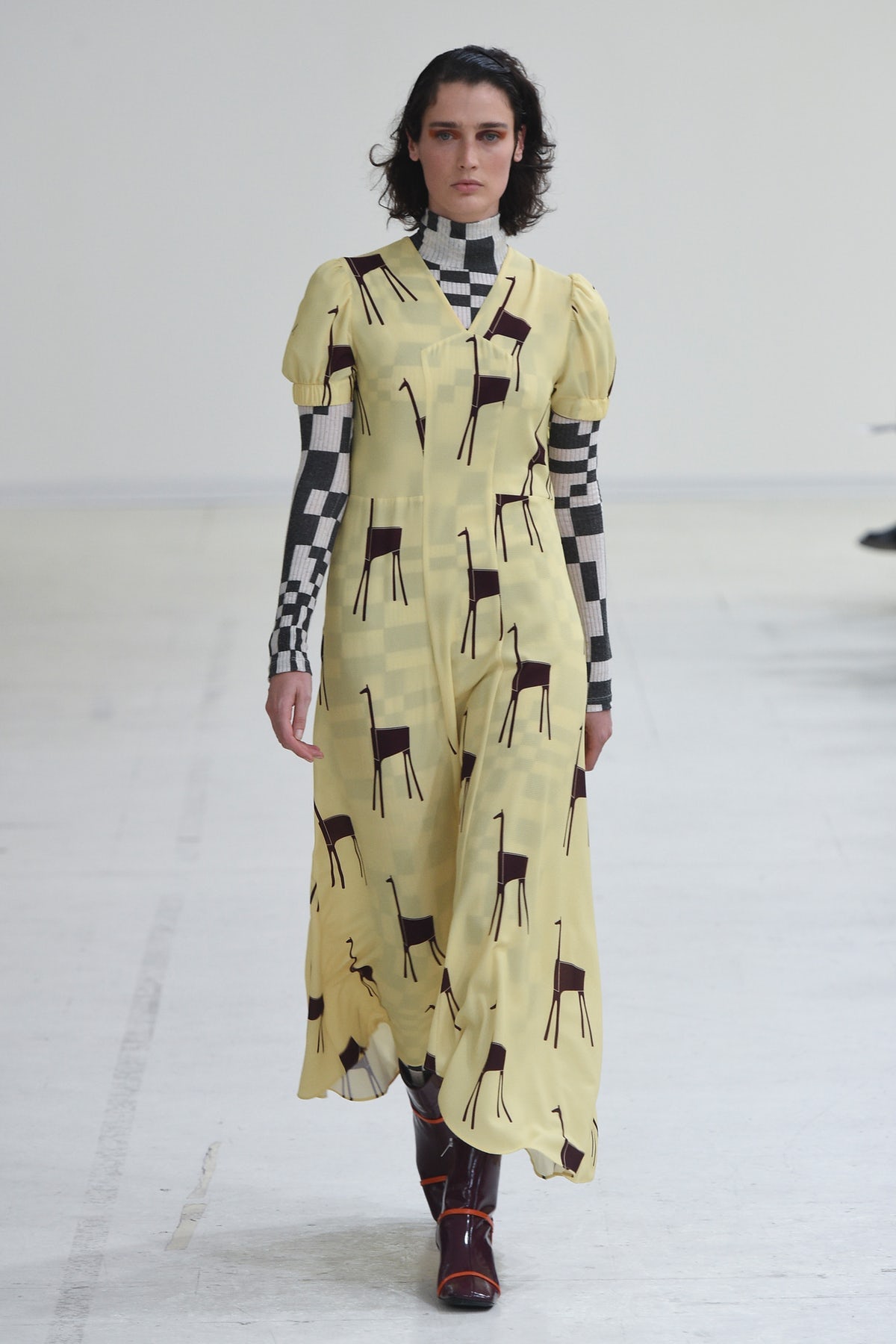 It was a playful idea that made for a clumsy silhouette. The overall look was warmer than the past, but the styling felt contrived. Simplifying it all would actually highlight the sharp beauty of Arbesser’s ideas. And yet the juxtaposition of hot and cold was a winning move that Arbesser can deftly master.