In Milan, the Perils of Looking Back | Fashion Show Review, Multiple

Home Blog In Milan, the Perils of Looking Back | Fashion Show Review, Multiple
Skip to content

MILAN, Italy — Milan Fashion Week, which closed yesterday — honestly, a long weekend more than a week — came wrapped with the dark feeling of a death sentence. The menswear schedule keeps slimming down season after season. Italian powerhouse Gucci’s decision to stage co-ed shows on the women’s calendar has had a domino effect on other big brands, with their ability to attract press and buyers.

Missoni followed suit. So have Salvatore Ferragamo and Etro. On paper, this wasn’t that bad: the absence of bigwigs meant renewed visibility for the young guns. In practice, the effect was an abbreviated fashion week with few peaks of surprise. Next season, it will probably shrink further until eventually disappearing altogether. Truth be told, the Camera Nazionale della Moda Italiana, the local fashion council which, this year, celebrates its 60th birthday, has done its best to fill the holes in the calendar with noteworthy labels, but despite its good intentions, there’s still a long way to go before Italy can say it genuinely nurtures new talent.

Once leaders of the pack, the Italians have largely become followers.

This said, the operation “new name” was massive this season and it included shows from a bunch of up-and-coming Japanese labels (Sulvam and Yoshio Kubo being particularly noteworthy) staged in collaboration with Japan’s fashion council. It also focused on several new Italian designers, the best being Federico Curradi, who is an assured colourist with a knack for slouchy tailoring that’s eminently effortless and done in extra-luxe fabrics. But these young renegades lacked a good spot on the calendar and a stunning location to frame their work in the best possible way. Because, you know, though the schedule was slim to the point of starvation, the big players managed to dominate the proceedings anyway, with must-go showroom appointments and press presentations.

Hunting World and the poetic Yoshio Kubo were doomed by being placed at the tail end of the week, when most of the press had already left. And showing right before Prada, at a time when Mrs Prada usually calls Italian journalists for a pre-show meeting, did no good for Sulvam, casting a shadow over a very interesting collection of deconstructed tailoring for urban dwellers. 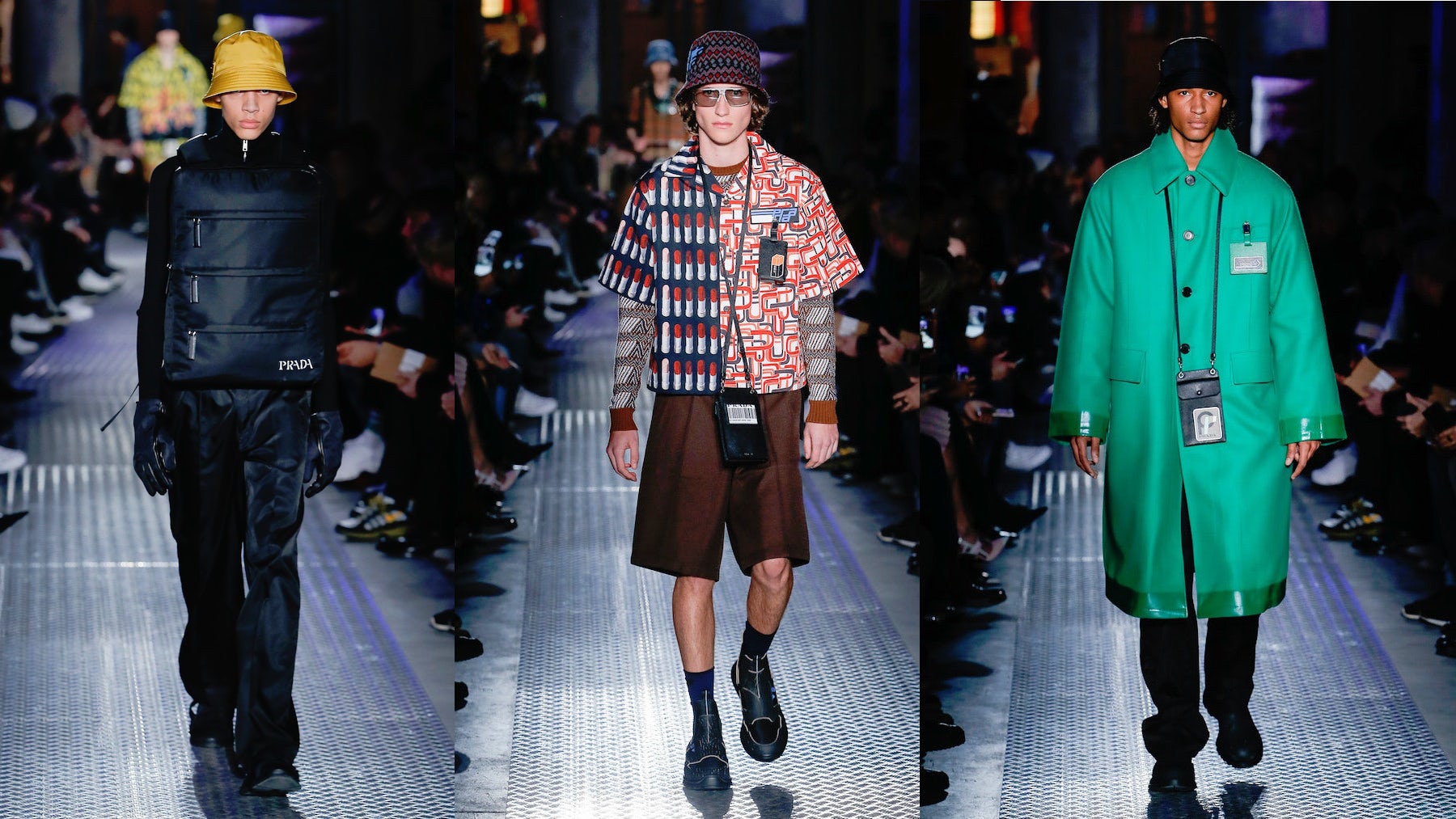 As for Prada itself, Mrs Prada was on top form this season, confronting the chaos and uber-decoration that’s taken over fashion-land with a coldly industrial, monochromatic block of black nylon. It worked, but the sense of nostalgia — it all felt very Prada circa 1996 — revealed too openly the brand’s underlying effort to regain its former commercial position with old tricks. The catwalk looks, on the other hand, felt a bit too Raf Simons.

Once leaders of the pack, the Italians have largely become followers. The originals can be counted on the fingers of one hand. Take Silvia Venturini Fendi, for instance, who once again delivered Milan’s best and most amusing collection: a logo-crazed detour around the theme of travel, complete with comfy intarsia clothing and some rather wild mink suitcases. Giorgio Armani is another original. This season his ode to velvet and masculine glamour felt refreshing — not least because of his sense of focus and clarity amid the general chaos of today’s fashion landscape. 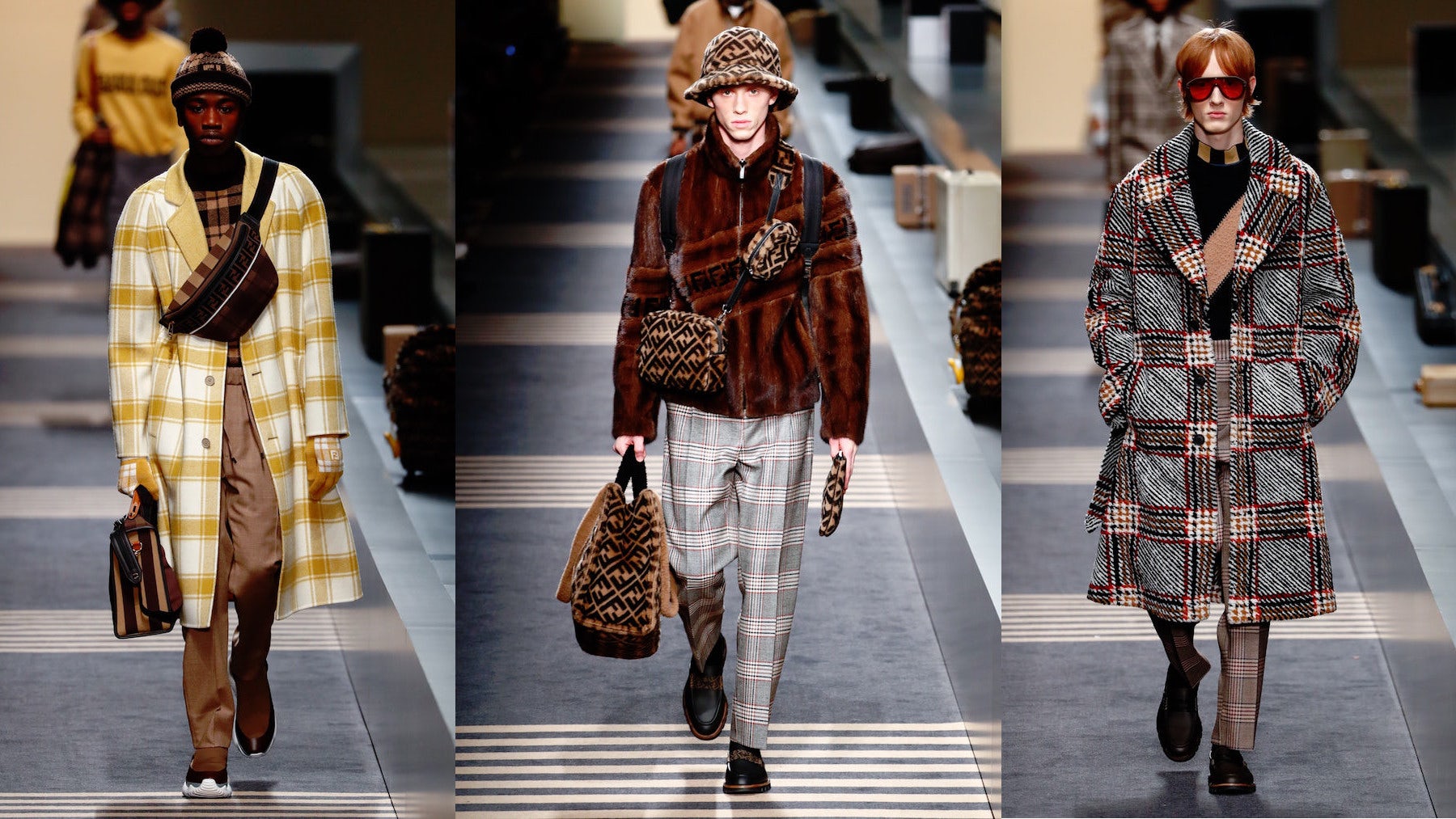 As for the young names, for the time being, we simply do not have a new creative class ready to make its mark and this edition of Milano Moda Uomo revealed this plainly for all to see. In creative terms, the streetwear craze is limiting. It would require a real genius to constantly reinvent streetwear every season. That’s because innovation usually comes in the form of the graphics and prints that are splashed onto simple garments. Streetwear, moreover, tends to come with certain pricing considerations, which further limits the choice of fabrics. It’s true that restraints are not always bad, because they challenge and fuel the imagination. Then again, it takes real creative guts to make more with less.

In Milan, the goings got a bit lazy. Everything became a blur of stripes, prints and volumes. Out of the crop, it’s Francesco Ragazzi of Palm Angels who has the sharpest vision and the will to leave the boldest mark. This season, his mix of Mid-Western Americana and punk worked, but it was the way the collection was styled and presented to loud music and laser lights in an abandoned factory that truly delivered the punch. GCDS, the brand headed by Giuliano Calza and targeted at Millennials with a strong digital strategy, went Disney instead.

The stuff Calza presented at Teatro Manzoni was nice, but nothing groundbreaking. Again, what made the greatest difference was the format of the show — in this case, a play in three acts. Maybe it’s the parameters we use for judging that need to be reconsidered? Designers like Calza, or like Loris Messina and Simone Rizzo, whose joyous label Sunnei is one of Milan’s bright hopes, do not aspire at the status of auteurs. They simply want to deliver nice clothing their peers might actually want to wear.

This is fine and commercially viable, but risks resulting in homogenisation. 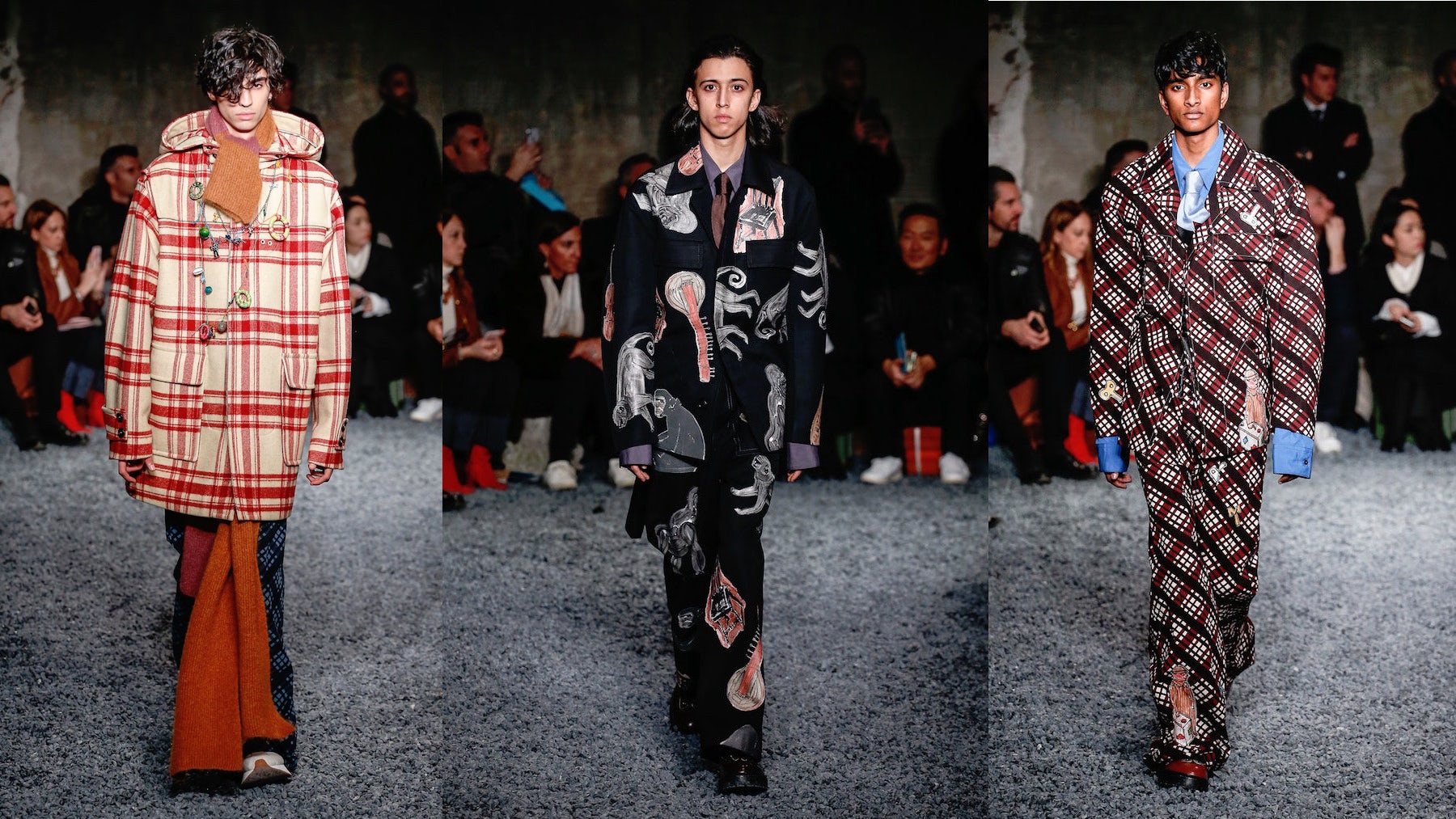 Francesco Risso of Marni, by contrast, is a real author in the making and has the guts to push the brand’s formula in a decidedly bonkers territory that’s all his own, albeit inflected here and there with the naive, crafty sensibility of Antonio Marras. Risso is young and likes to have fun with fashion. His take on menswear is very autobiographical and captivating, providing hope for the future. Speaking of future, Rocco Iannone’s debut at Pal Zileri, the Mayhoola-owned bastion of Italian tailoring, felt promising. Doing away with the odd touches of decadence will allow him to stride forward even further: his way with colours, materials and tailoring is mature and quintessentially Italian in the good way.

Ultimately, what was most telling in Milan this season was the widespread need to find solace in clinging to certitudes. Big brands reasserted their respective codes with focus and determination, generally by looking back. It was a case of black nylon for Prada, baroque prints for Versace and FF logos for Fendi. Young customers, apparently, are starving for things that have a history. Yet playing with nostalgia is a dangerous game. According to Pablo Picasso, when an artist starts redoing his own repertoire, it’s the beginning of the end.