PARIS, France — Paris Fashion Week which closed yesterday lasted for too long and provided little pleasure. By the time Louis Vuitton showed in the Louvre on Tuesday night, the Gucci extravaganza that opened the week at Le Palace eight days before seemed to belong to another season. In sum, there were plenty of marketing spectacles, but too little innovation.

This was a season of behemoths — LVMH and Kering — pitting their megabrands against each other. Each fought rock hard for supremacy, pulling the old “Roi Soleil” trick of simply throwing wealth at onlookers to affirm their power with grandiose shows. It was Christian Dior versus Gucci on the opening day, and Saint Laurent versus Celine later in the week.

Dior took over the hippodrome in the Bois de Boulogne only to install an anonymous tent big enough to host a modern dance performance, while Celine (sans accent) mounted the biggest and blackest tent of them all in front of Les Invalides. Saint Laurent had models walking on water under white electric palm trees against the backdrop of the Eiffel Tower, and Louis Vuitton built a spaceship-like tube — a little too reminiscent of Gucci’s Autumn/Winter 2017 show set — in the courtyard of the Louvre. It was a smorgasbord. But past the sensationalism, little stuck.

Hedi Slimane‘s debut at Celine, the season’s most highly anticipated and astutely promoted moment, was more about masterful communication than progressive design. In the space of twenty minutes it posed unanswered questions about originality, authorship, heritage, ego, target audience and marketing. It failed to move the fashion conversation forward, apart from adhering to the shift towards a new formality: so long ubiquitous sneakers.

But Hedi was not alone here. Moving forward no longer seems to be a priority. It’s just the endless drops of products that give the impression of constant renewal.

Gucci’s creative director Alessandro Michele has long mastered the art of standing still while delving further into his uniquely baroque take on mash-up. This season, though, sparks did not fly: taken out of the Milanese context and staged in the faded and dusty interiors of the Montmartre theatre Le Palace, the show felt like the nth iteration of the code. It was certainly intoxicating, but for the first time, a little de trop — like that last foray into excess that convinces you it’s time for a diet, or a detox. 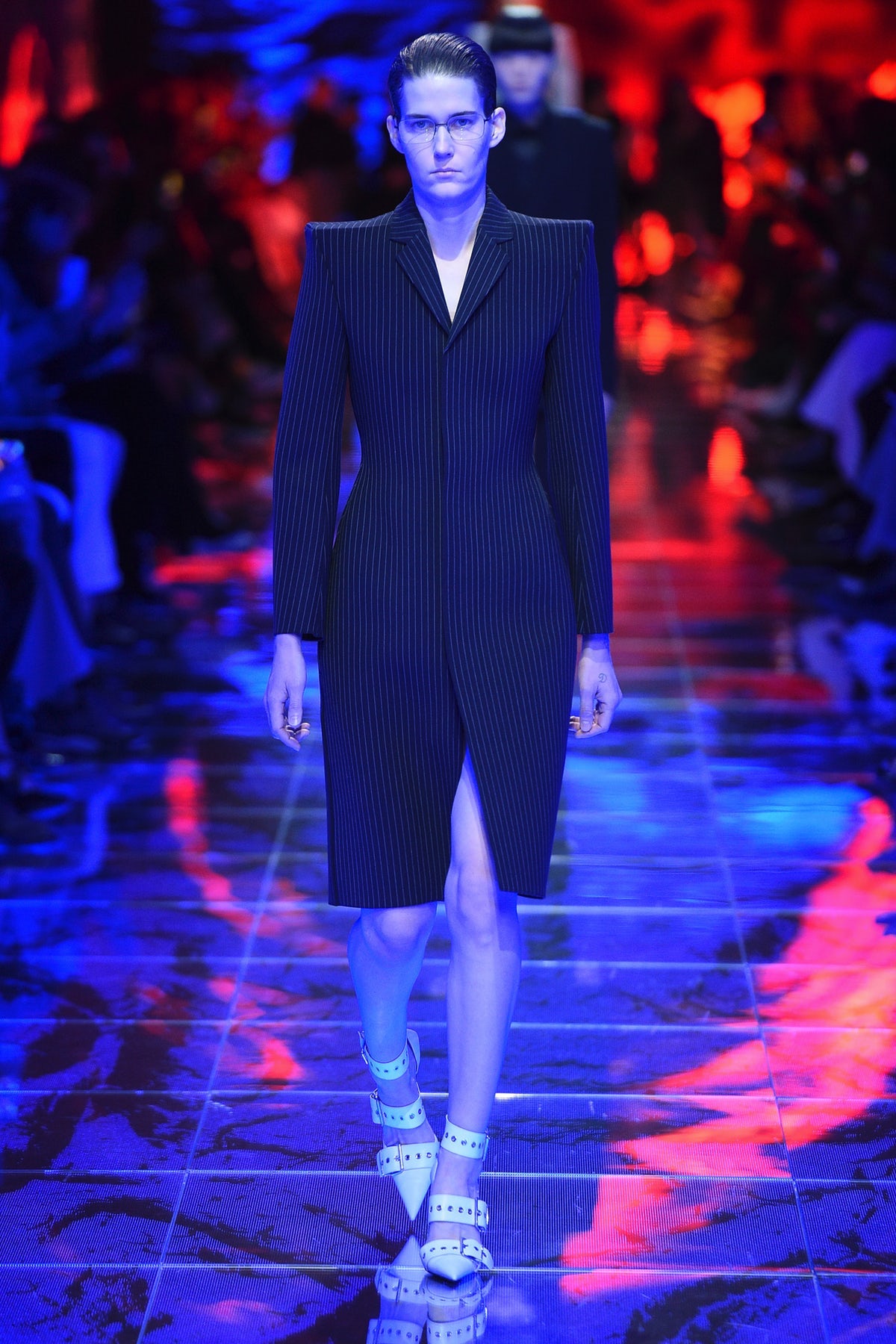 Indeed, it would be interesting to see Alessandro Michele test new grounds: he has the guts to do so and it’s probably time for him to get out of his comfort zone.

Meanwhile, at Dior, the physicality and discipline of dance translated into a stricter interpretation of the familiar tropes, but it was the dancers that ultimately stole the scene, while Anthony Vaccarello at Saint Laurent showed a sexy spin on Monsieur Yves’ very own repertoire, relying on the grandiose shiny black infinity pool to make the statement.

However you look at them, mega-shows are spectacle machines meant to drive media impressions. But all the theatre and gimmicks sometimes feel like a cover up for a spectacular lack of ideas. It takes an auteur as focused as Rick Owens — whose dystopian vision of glamour, complete with brutalist lace and a burning pyre, was a joy to behold and food for thought — to stage a delirious catwalk show that felt cohesive and meaningful.

Demna Gvaslia’s powerful exploration of architectural silhouettes at Balenciaga, which meant a welcome move forward towards a stricter land of new sartorial challenges, was almost swallowed by the phenomenal video installation devised by artist Jon Rafman. In such a scenario, it’s those who focus on dressmaking by presenting collections through straightforward shows — a runway and rows of seats — who actually win: because of their honesty, focus and professional humility, something that’s truly disruptive these days.

Designers like the ever-poetic Pierpaolo Piccioli, whose elated Valentino collection was an ode to spiritual and physical freedom expressed through flowing, featherweight forms, or the Japanese, who still carry the torch of invention. Not only undisputed master Rei Kawakubo, who finally went back to making clothes while upping the radical ante with touch of autobiographic intensity, but also experimentalists like Kei Ninomiya or Hidenori Kumakiri of Beautiful People, one of the best additions to the Parisian calendar. 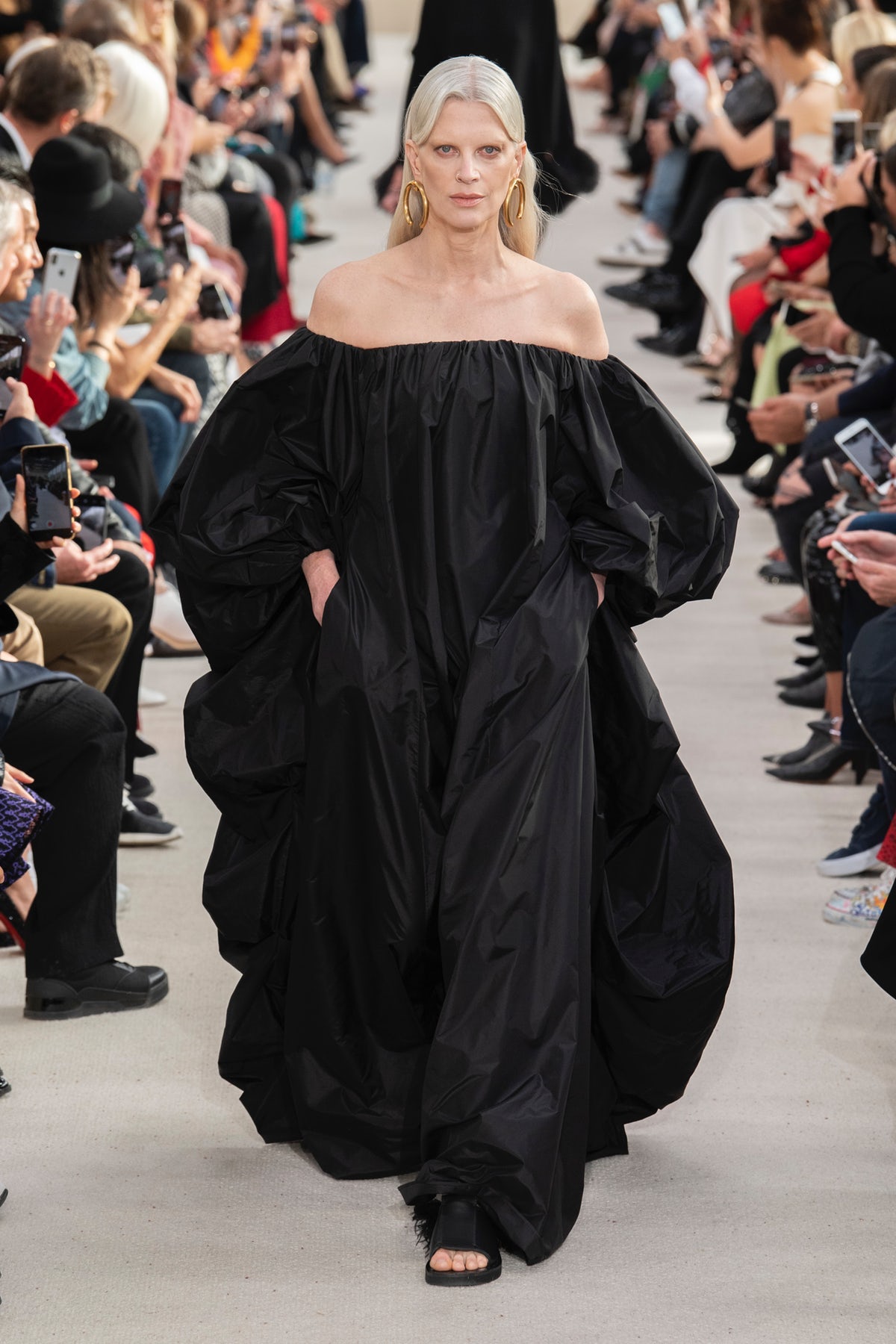 Then, of course, there’s John Galliano, who keeps fine tuning his own take on Maison Margiela, defining an expansive territory of liquid sartorial experimentation, pushing forward ingenuity and frivolity as rebellious qualities worth exploring in these most conformist times. It really doesn’t get any better.

In general, what took most of the excitement out of Paris were the formulas. Of course, there is a lot of talk these days about the codes of a house, but turning codes into a cliché is dangerous. Sarah Burton is producing wonderful stuff at Alexander McQueen, for instance. Yet, despite the feats of workmanship and the sheer beauty of her work, it seems like everything she does can ultimately be reduced to a look that never changes: sharp tailoring or ethereal dressing, both with dangerous shoes and perilous accessories.

Sacai too is getting a little too formulaic, with the hybrids that Chitose Abe masters so well, which have spawned a thousand copies, losing spontaneity and effortlessness. Stella McCartney‘s formula needs a vigorous shake up, as she is in danger of becoming irrelevant.

Thom Browne, meanwhile, broke the mould of sombreness that dominated his own system and explored colour and fun with real gusto, until he reverted back to the kind of sardonic misogynist that’s part of his twisted sense of humour but this time felt a little disturbing. 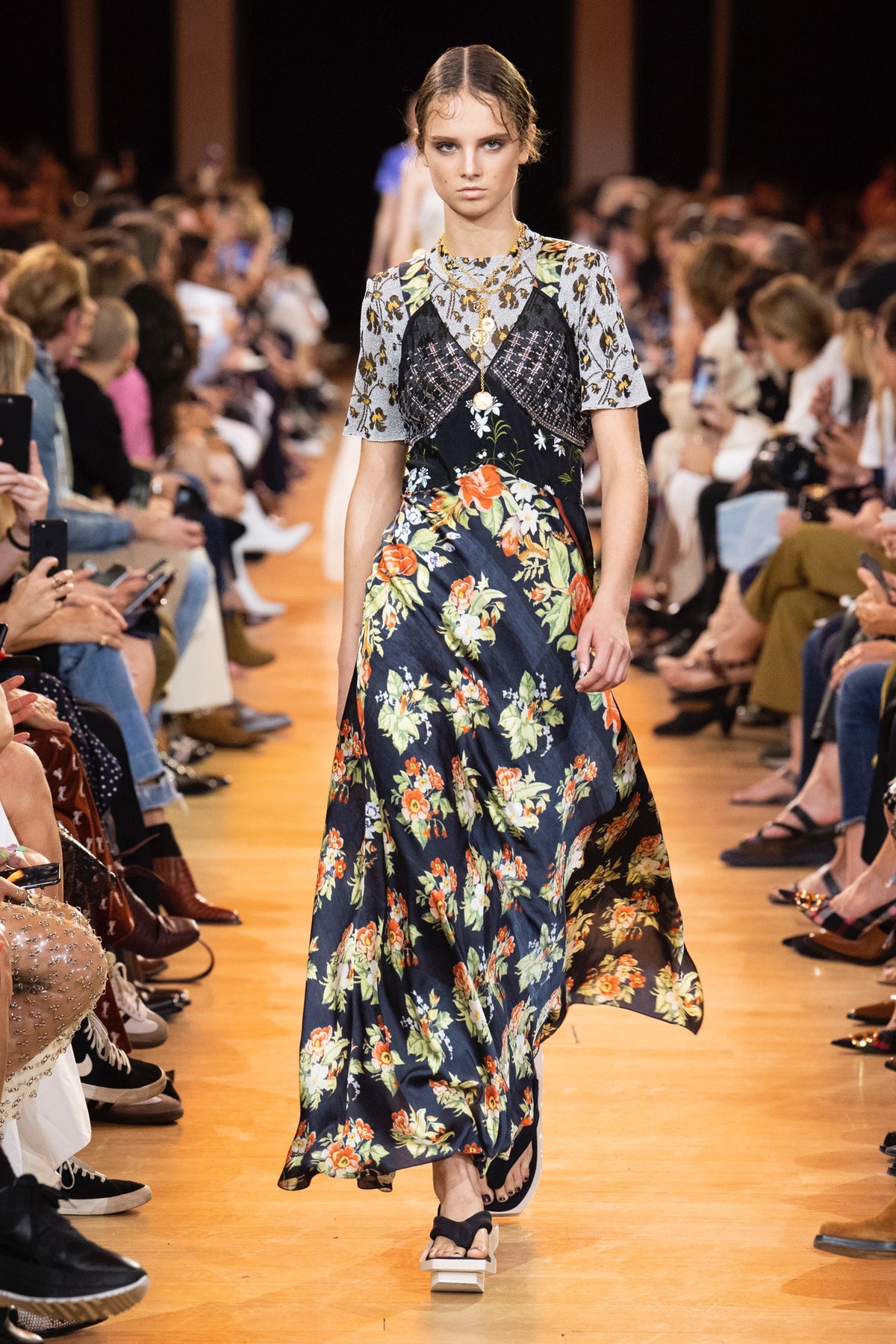 Nicolas Ghesquière’s approach to dressmaking at Louis Vuitton has been, since day one, collage and mash up, and it happened again this season with a futuristic frenzy that felt at once energising and discombobulating. While staying in her own comfort zone, at Miu Miu Mrs. Prada went full blown iconoclast and explored an idea of ugly beauty that felt like an interesting comment on the mood of the season, which is by and large an escapist one.

It took Julien Dossena, however, to have the final say on the matter at Paco Rabanne. Letting go of all rigidities, while keeping the sharpness, Dossena delivered a winning collection that was as freewheeling as it was sharp, global without feeling folksy. It married showmanship and clothes making, it was an experience but a meaningful one.

The same applies to Loewe‘s abstract take on traveling bohemia. These were fashion visions that felt plausible and energising. Elsewhere, the escapism was just an escape from the duty of making good fashion.