MILAN, Italy — MSGM, the youthful, Italian contemporary brand that has quickly built a global fanbase with its colourful, streetwear-inflected, logo-clad offering, plans to radically shift its strategy into retail by doubling its store count and pushing deeper into Asia and the US since raising new minority investment from local private equity fund Style Capital.

In February, Roberta Benaglia, the founder and managing director of the Italian private equity fund who has previously invested in Golden Goose Deluxe Brand, took a 32 percent stake in MSGM after several years of courting the owners. As the new chief executive, Benaglia plans to double revenues to €90 million ($110 million) in three years’ time. Creative director and founder Massimo Giorgetti holds 19 percent of the company, while the Paoloni family, which owns Filottrano-based clothing manufacturer Manifattura Paoloni, has a 49 percent stake. The deal cost Style Capital €27 million with 70 percent of the capital earmarked to finance growth. The transaction valued the company at €70 million, or less than 2 times sales.

“I saw there was something different in the brand, an energy that no one has in the Italian market at the time,” explained Benaglia, who credits Massimo Giorgetti with anticipating the rise of luxury streetwear and the return of the logo when he launched the MSGM label back in 2009. “Massimo was very forward-looking,” she said. “But he understood it was like if they have a missing leg in the project: Paoloni was the production leg, Massimo was the creative, but there was no one in charge of development, the retail business, the distribution and the franchises. That’s why I think there is a huge potential in this brand.”

MSGM, whose millennial-friendly prices range from around €100 for a neon pink T-shirt to €1,500 for a coat, has been largely reliant on wholesale with 700 high-end stockists like Lane Crawford, Browns and Bergdorf Goodman, and a small licensing business for kidswear. Currently only 10 percent of revenues come from its mono-brand stores, but Benaglia plans to increase that to 30 percent in three years’ time by doubling store count to 20 this year with a particular focus on Asia.

“You arrive to a turning point when you need to represent the identity of the brand in your own brand environment because if you don’t make this jump you are not able to be a real brand,” she said. “In the Asian market, if you don’t go through retail, you can’t develop those countries. The more you improve retail development, merchandising mix, the retail concepts, the more you are able to develop these countries.”

She plans franchise operations in Asia because they bring knowledge of the market, can hire the right people and help guide the merchandising mix for that country. “I make [a] visual, merchandising mix, I send you people to explain the products, we make the investment together, but you have to manage people and to know the market and together we can make a longer-term sustainable investment,” she explained.

Currently, the greatest demand for MSGM comes from South Korea, Japan, Hong Kong and Mainland China where Benaglia plans boutiques with a variety of local partners including Envols, who works with Armani, as well as Lee & Han Cina and Raigoal, who she worked with on Golden Goose. This aligns wells with growth drivers in the market, given China’s importance to personal luxury sales. For MSGM, Asia already accounts for 35 percent of sales, a number Benaglia aims to raise to 40 percent in three years.

You arrive to a turning point when you need to represent the identity of the brand in your own brand environment.

With Italy and Europe well established, the other key target market is the US, where a new showroom will lure more department stores and help its ambition to build revenues from 9 percent to 14 percent of the total. MSGM is even planning to show its latest collections in New York more than three weeks ahead of the Paris Fashion week show “to give the chance for the American clients to hold the collection in the right moment and the right place.” A new London store is also planned for later this year.

MSGM is also plotting product categories expansion, particularly into shoes, one of the fastest-growing categories in the market. Sneakers will make up 80 percent of the new footwear collection, Benaglia said, while the menswear range, currently more suited to the Asian market, will be adapted to better target US clients.

Benaglia has done this before. When, in 2013, her earlier fund took a minority stake in Golden Goose — the Italian apparel brand best known for its €390 sneakers— she quickly built up the brand’s international presence in Japan, South Korea and the Middle East, opened 13 mono-brand stores, launched new product categories and helped grow revenues more than five-fold to €104 million. She sold the business to Ergon Capital, making more than 3 times the initial investment. Last year Ergon sold it to US buyout firm Carlyle Group for €400 million. 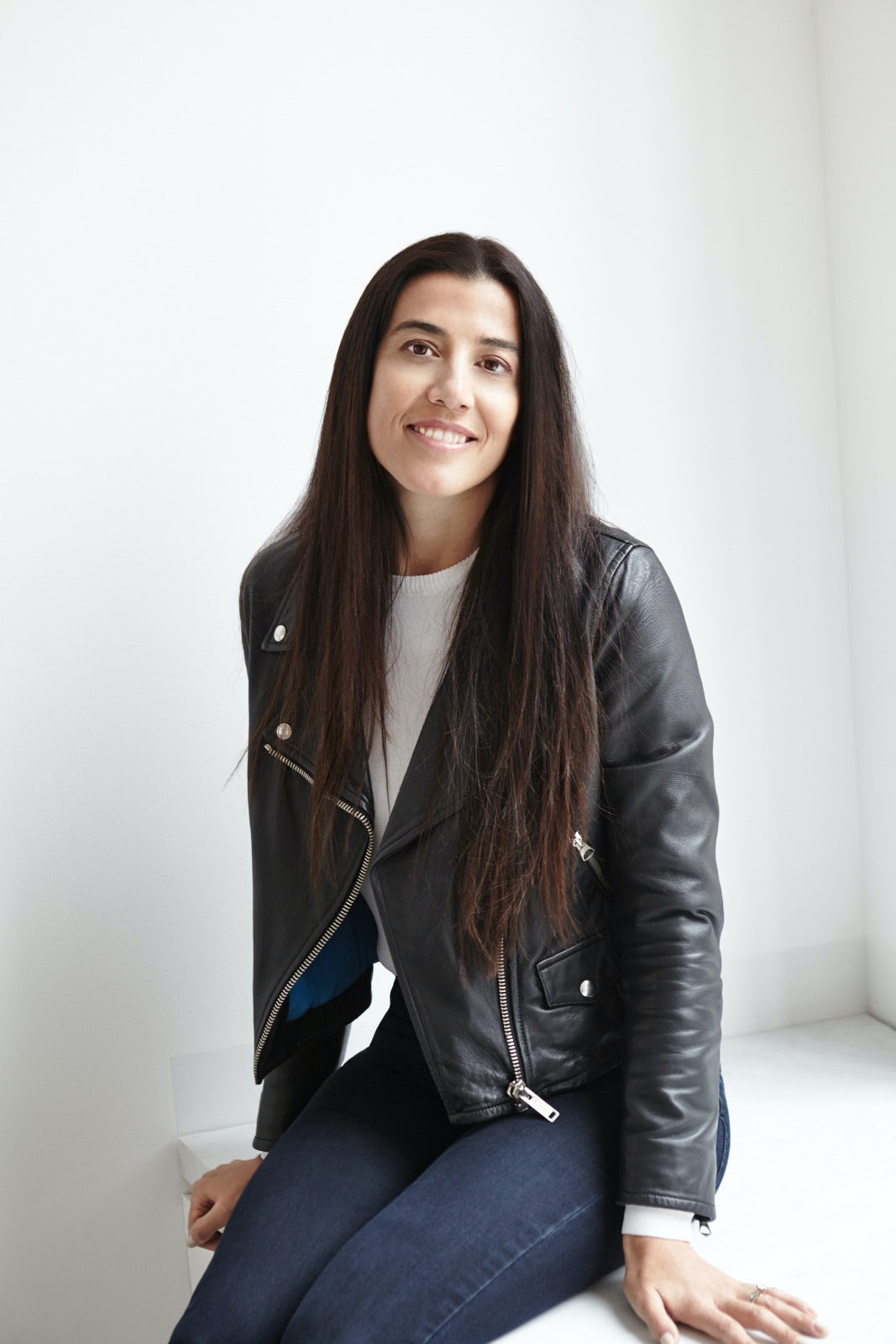 As for MGSM, it’s been a quick growth trajectory for a relatively young brand. Even for the first collection in 2009, MSGM lured 100 of the top multi-brand stockists, where it was positioned as entry-level luxury, sitting on the same floor as brands like Balenciaga.

Giorgetti said a strong brand DNA rooted in colour, print and graphics is one reasons the label resonates. “From the beginning MSGM was a kind of mix between streetwear, made in Italy, contemporary and newness,” said the creative director, who left Emilio Pucci last year to focus on his own brand. “I remember very well when the first buyers came and they told me ‘Oh my God, this a contemporary collection from Milano,’ it was really unusual. The very strong fashion content, the digital print, the striped denim with the romantic blouse, the sweatshirt, the ruffles. The DNA of MSGM is very clear, and maybe the secret of the success was this.”

At Browns, the prestigious London boutique that stocked MGSM from its earliest collections, the brand’s “logo tees are always on the best sellers list,” according to Ida Pettersson, womenswear buying director. “The success of MSGM is down to their ability to quickly understand and translate current trends into their collections, as well as their attractive pricing structure. This allows them to continually speak to the millennial audience who feel that the brand not only understands them but can count on the label to deliver what they crave each season.”

The success of MSGM is down to their ability to quickly understand and translate current trends into their collections.

MSGM are part of a crop of emerging Italian brands like Attico, No. 21 and Philosophy Di Lorenzo Serafini who have taken risks and created a buzz by moving away from the traditional Italian offerings of heritage and luxury-led brands, said Sara Maggioni, WGSN’s director of retail and buying. “Their aesthetic is insta-bait: colourful, catchy, vibrant, logos. The product is right, it’s commercial yet fresh.”

There is also the unusual ownership structure. In an industry where new designers typically own their start-up labels, at MSGM Giorgetti had a 50-50 shared partnership between himself and the Paoloni family, who manufacture all the clothes in Italy. It has allowed them to keep a tight control over the quality and look of the final product and a shared focus.

Now that Style Capital is involved, no shareholder has a majority stake, so all parties have to be aligned, Benaglia said. Indeed, both Giorgetti and the Paoloni family insisted that if she was to invest, she must also be directly involved, which she likens to a 2-day-a-week chief executive position.

“When we see this kind of organisation with good product, good prices, made in Italy, very clear design and we see all that, we’re confident that we could be involved to help them.”

Is Milan Fashion Week Back?

Capitalising on the Footwear Opportunity