Luxury’s Giants Look to Extend Their Winning Streak | BoF Professional, The Week Ahead

Hello BoF Professionals, welcome to our latest members-only briefing: The Week Ahead. Think of it as your ‘cheat sheet’ to what everyone will be talking about on Monday.

LVMH and Kering report financial results this week in what’s become a quarterly showdown between the rival French luxury conglomerates. All eyes will once again be on Kering, which reported torrid growth for Gucci and Balenciaga three months ago. Investors will be watching to see if that pace can be sustained (strong results from Hermès on Friday are a good sign). LVMH is no slouch and recently took centre stage in luxury menswear with two buzzy debuts, Virgil Abloh’s first show for Louis Vuitton and Kim Jones’ first outing for Dior, though we won’t really see the impact of their work in sales figures until next year, when their first collections hit retail. Still, some fear Kering is putting all its eggs in Gucci’s basket and question whether LVMH’s fashion division continues to lean too heavily on leather goods. That’s raising speculation that both companies could be looking to make a major acquisition. Luca Solca, writing for BoF, noted that Chanel’s beauty empire and wholesale distribution network would pair well with LVMH.

The Bottom Line: Kering and LVMH are likely to report another quarter of stunning growth, but they need to demonstrate they have a backup plan (or three) for when their winning streak runs out. 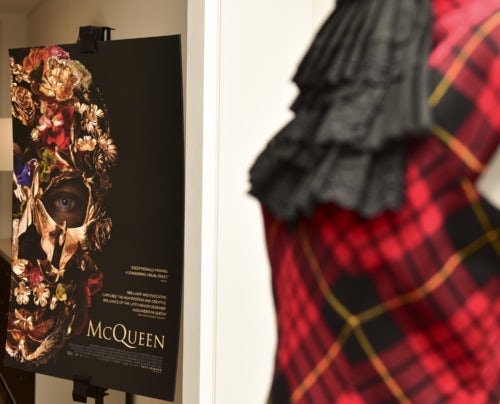 This is a golden age of fashion documentaries. Filmmakers once struggled to secure funding and distribution from studios who saw the subject as too niche. But the rise of streaming services and increased support from brands eager to burnish their legacies is opening doors. Friday saw two US premieres of films about industry icons lost too early: “McQueen” and “Larger Than Life: The Kevyn Aucoin Story.” Both have received rave reviews, with critics praising their wildly different approaches: “McQueen” is a lush, cinematic retelling of Alexander McQueen’s turbulent life and riveting aesthetic through the lens of his milestone runway shows. “Larger Than Life” takes a more intimate approach to evoke Aucoin’s brief, dazzling career as makeup artist to the stars. Not all fashion documentaries are so successful; for every “The September Issue” or “Dior and I,” there are half a dozen films that fail to gain wider traction.

The Bottom Line: “McQueen” directors Ian Bonhôte and Peter Ettedgui said they took the designer’s words — “If you want to know me, look at my work” — to heart when crafting their story. They and their peers are likely to inspire another generation of filmmakers. 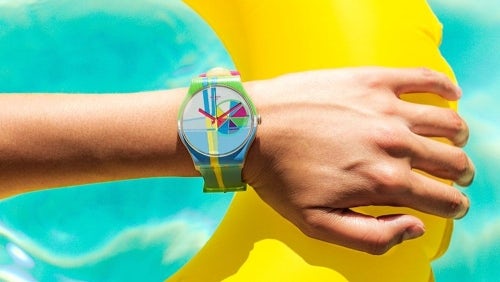 It’s hard to remember, but as recently as two years ago some were predicting the Apple Watch would steamroll Swiss timepieces like the iPhone did Motorola Razrs a decade earlier. Those fears seem quaint today, with sales surging for watches across all price points and geographies. China and Hong Kong are behind much of the growth, though the Federation of the Swiss Watch Industry says US demand is also rising. Swatch and Cartier-owner Richemont have both seen shares rebound from their 2016 lows, and by offering a wide range of price points are even gaining some traction with technophile millennials. Swatch says consumers want stylish products that won’t become outdated with the next firmware update. Richemont has clearly drawn the same conclusion, having acquired secondhand watch marketplace Watchfinder in June.

The Bottom Line: Men now wear watches for their aesthetic, rather than functional qualities — making them effectively timeless. 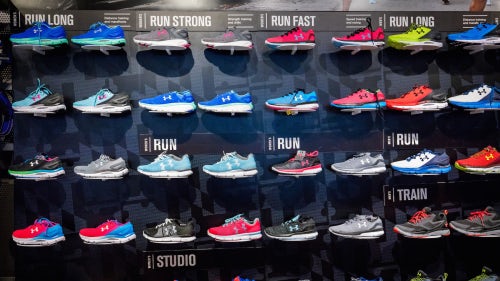 Under Armour and Puma both want to be seen as brands on the mend. The brands developed a reputation as losers in the sneaker wars, lacking the cash and cachet to keep up with Adidas and Nike as footwear took on a central role in the sportswear category. Under Armour is finding success outside its core North American market, with the company predicting international sales will grow by at least 25 percent in fiscal 2018. But retailers are giving the brand less shelf space, while clearance sales on Under Armour’s website are expanding, B. Riley FBR analysts found. Puma has a similar problem. Kering’s design revamp pulled the brand back from the brink. But its 7 percent share in the football market, for example, is too small to get it much notice at global events like the World Cup (Adidas kitted out 12 teams, Nike 10 and Puma just four, with only one, Uruguay making the quarterfinals).

The Bottom Line: Under Armour and Puma are caught in the mid-market trap: too big to be underground cool, too small to run with the global giants.

“Where is the opposing side of the [fast-fashion] movement of investing small batch, slow fashion, indie designers who focus their efforts on sustainable practice and material? When a company releases weekly instant gratification [it] only teaches us to devalue clothing as a whole.”

— @radiantshade, commenting on “Inside the Fashion Nova Hype Machine”

From Around the Web:

The Week Ahead wants to hear from you! Send tips, suggestions, complaints and compliments to brian.baskin@businessoffashion.com. We’re also on the lookout for the best fashion-themed pop culture, so send us your books, music, tv and film recommendations as well.

Have you been forwarded this email? Get access to the exclusive insight and analysis that keeps you ahead of the competition. Subscribe to BoF Professional here.