Sephora Takes on Beautycon | BoF Professional, The Week Ahead

Sephora’s Bid to Break Out of the Beauty Aisle

Sephora’s upcoming two-day event isn’t the first beauty convention, but with a garden, a hands-on “kitchen” and a personalised lipstick station, the LVMH-owned retailer is determined to at least make its confab the most Instagrammable. Sephora is hoping to capture the runaway success of Beautycon, which has owned the beauty convention space since opening its industry meetups to tens of thousands of paying customers, and the frenzied atmosphere at its events has served as a launching pad for buzzy brands like Winky Lux. The company has its response to Sephoria in Beautycon Pop, a touring, “immersive” exhibition that opens in LA next month. Sephora is hoping for a pop with consumers and to provide brands an extra incentive to ink exclusive deals with the retailer. Ulta will no doubt be watching closely.

The Bottom Line: Sephora is upping the ante in its increasingly head-on battle with Ulta for beauty customers, while defending against disruption as Beautycon spurs an experiential retail trend that threatens to make traditional stores feel outdated.

The Winners and Losers of a Sears Bankruptcy 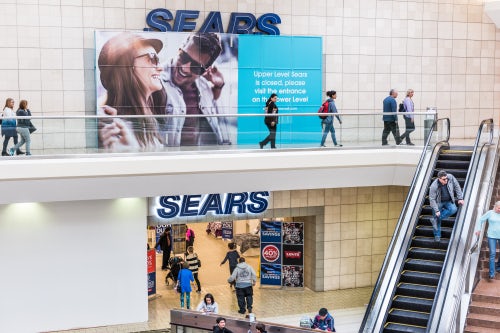 A Sears store in a mall displays its closure sign | Source: Shutterstock

After years on life support, Sears’ creditors may finally pull the plug. Despite years of plunging sales and store closures, the 125-year-old retailer last year generated more revenue than Nordstrom and still anchors countless malls. Brands like Levi’s, Ralph Lauren and Champion have had years to prepare, reducing the odds they’ll be stuck with massive unpaid bills or piles of clothes locked in Sears warehouses. There’s upside for Sears’ rivals; J.C. Penney would see a 1.7 percent jump in sales if consumers transfer just 5 percent of their spending over from Sears, according to Cowen (shares in the chain jumped last week).

The Bottom Line: Budget-friendly retailers are already counting their future profits, but there’s a downside as well: other occupants of Sears-anchored malls may find an empty but open Sears is better than having an abandoned department store as their neighbor. 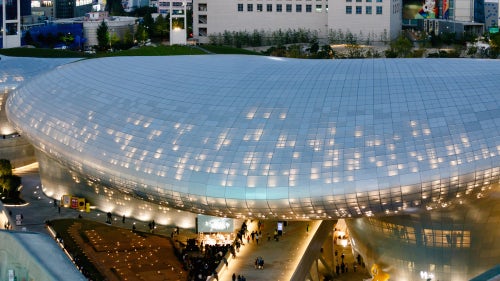 This week marks the latest iteration of a regional rivalry between Asia’s fashion capitals. Shanghai, Seoul and Tokyo each want to be known as a launchpad for local designers to storm the global stage. Each has its own strengths: Shanghai can claim to hold the key to China’s massive and rapidly growing luxury market, Tokyo has decades of history driving global fashion trends, while Seoul has made culture, from streetwear to K-pop, one of its chief exports. None has put all the pieces together to lay claim to the title of Asia’s premier fashion capital (though the sheer size of China’s market has many predicting Shanghai will eventually win out), and all have miles to go before approaching the global buzz generated by shows in New York, Paris or Milan.

The Bottom Line: These three fashion capitals are important stepping stones for emerging designers, but Asian brands with global followings know they can play to the hometown crowd just as easily from Paris or New York.

COMMENTS OF THE WEEK 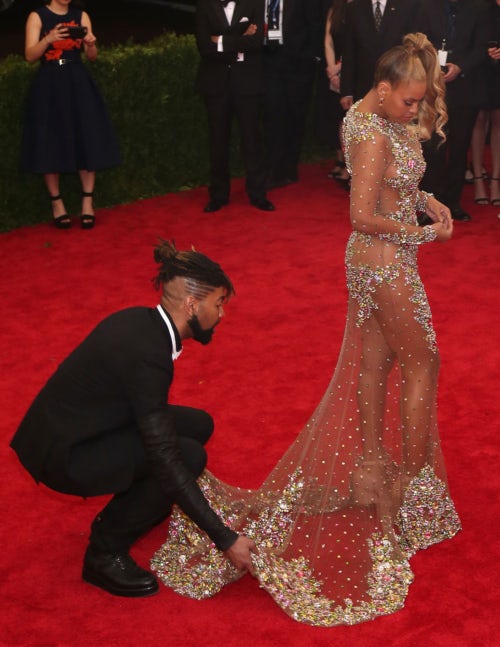 “The Unglamorous Reality of Being a Stylist to the Stars” struck a chord with the stylist community. Here is a selection of responses:

“People think working in fashion is glamorous. And while that’s true, it also has a very sad side. Not enough pay, too much stress … Trust me, it’s not fun to carry a $3,000 Valentino dress on the subway from showroom to showroom.” @lifeofleo

“Part of the problem is the impossible amount of so called ‘stylists.’ Today everybody thinks they can have access to that world without any qualifications, or background. The market is oversaturated with unqualified people.” @frankberlinstudio

“One of the reasons why some celebrities are loved so much is because of their ‘personal style,’  and a lot of the time that style is put together by someone who never gets credit. More credit to stylists!!!” @fashionassassinofficial

“Stylists should be respected and valued for their innate talent and ability to make or break the looks of these megastars. They are not the ‘hired help.’ They are the sculptors, the visionaries of a theme and that lasting impression that will live in the media and the memories of admirers for a lifetime.” @itsthereale

You can now buy Bottega Veneta at T.K.maxx

Marie Claire is supported by its audience. When you purchase through links on our site, we may earn commission on some of the items you choose to buy. If you missed out on the Black Friday sales, don’t worry, because ...

How Meghan Markle broke boundaries with her wedding dress

Marie Claire is supported by its audience. When you purchase through links on our site, we may earn commission on some of the items you choose to buy. Kate isn’t the only royal who broke tradition with her dress on ...

Marie Claire is supported by its audience. When you purchase through links on our site, we may earn commission on some of the items you choose to buy. Off-White CEO and Louis Vuitton artistic director Virgil Abloh has tragically died ...