Slimane’s Céline Draws All Eyes to Paris | BoF Professional, The Week Ahead

For the most part, Hedi Slimane’s start at Céline has been shrouded in mystery. But that ends Friday when he shows his first collection, a much-anticipated debut that shows Paris fashion week can still monopolise the industry’s attention even as the official calendar’s importance has faded in other cities. He’s teased fans with a new logo and a poster campaign, as well as strategically placing his new 16 bag — a boxy, leather top-handle handbag featuring discreet hardware — on the arms of Lady Gaga and Angelina Jolie. LVMH clearly wants Slimane to recreate the magic that turbo-charged Saint Laurent sales. Also worth watching for — assuming Slimane’s redesign is as radical as anticipated — is who will make a grab for Philo’s aesthetic space. Contenders include Bottega Veneta, which hired Philo protege Daniel Lee as creative director in June, The Row, Loewe and Lemaire.

The Bottom Line: LVMH is looking to build up its smaller brands so as to rely less on cash cow Louis Vuitton to drive sales of fashion and leather goods. On Friday we’ll find out of Slimane’s Céline can fill that role. 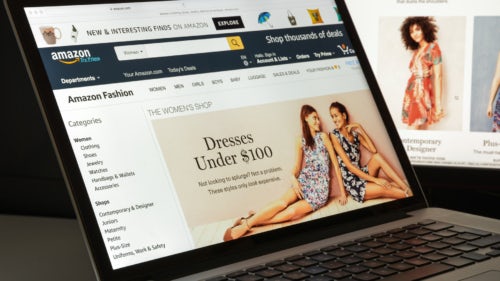 Amazon isn’t sending regularly scheduled boxes of clothes to customers’ homes just yet, but Scout indicates the e-commerce giant is honing in on the style recommendations market. That has implications for the fashion industry, particularly players like Stitch Fix, which uses data on customer preferences to recommend clothes, and social media platforms like Instagram and Pinterest built around discovery. Even the luxury market may have something to fear; high-end retailers have comforted themselves with the idea that Amazon’s efficiency-over-emotion approach was a poor fit for luxury sales. It’s a key premise behind fashion platform Farfetch, which had investors flocking to its IPO Friday for its potential to become the Amazon of luxury.

The Bottom Line: If Amazon gets better at giving people what they want — instead of hoping they can sift through the dreck themselves — then climbing the retail ladder into the luxury market is a more likely proposition. 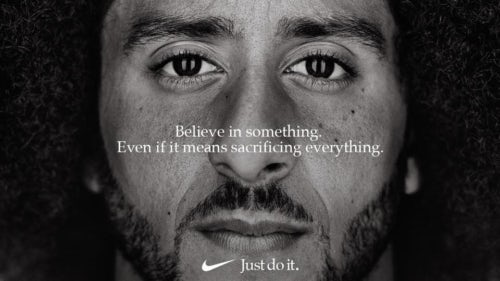 Nike has enjoyed a wave of positive press and social media posts for its Kaepernick campaign, which was seen as a direct challenge to the politics of US president Trump, at least temporarily pushing out of the headlines allegations about the company’s internal cultural, and questions about an increasingly competitive activewear landscape. The earnings released next week will reflect none of that (they cover a quarter ending in August, before the ad ran). However, Nike may address the campaign’s impact in the commentary accompanying its results, though investors will be watching just as closely to see how the brand is fighting off stiff competition from the likes of Adidas, Lululemon and Vans.

The Bottom Line: Nike’s Kaepernick campaign was a master stroke, instantly elevating the brand above the competitors nipping at its heels. But its innovative technology, refreshed sneaker styles and a stronger direct-to-consumer distribution strategy are what investors see as signs of long-term success.

COMMENTS OF THE WEEK 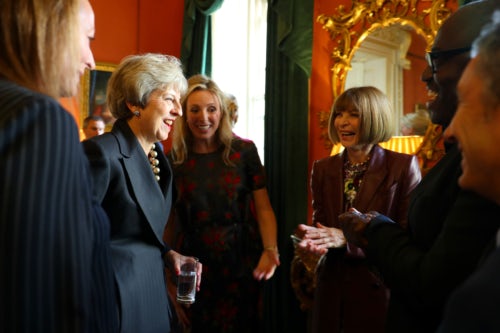 BoF founder and chief executive Imran Amed’s column, “Theresa May Fails to Grasp How Dire Brexit Will Be for Fashion,” sparked a vigorous debate on social media:

“Mobility is one of the founding pillars of the EU giving the UK access to top talent from across Europe. Without the EU, this talent pool will be much more difficult to source from.”
-@dlouisvdotcom

“Yes we are small but we have oodles of talent, both home grown and not. I voted remain but by not being part of the EU doesn’t mean that talent, tenacity and vigour will disappear.”
-@1jenachambers

“Any tariffs on importing fabrics will put big strains on small businesses and impact larger companies who manufacture in Britain. There will be a dearth of seamstresses who many brands rely on for sampling in house. Taking Britain out of the EU is a huge mistake for a multitude of reasons.”
-@colour.scheming