The Gucci-Gap Divide: How Luxury Is Winning the Race for Millennial Spend | BoF Professional, This Week in Fashion

Home Blog The Gucci-Gap Divide: How Luxury Is Winning the Race for Millennial Spend | BoF Professional, This Week in Fashion
Skip to content

Hello BoF Professionals, your exclusive weekly briefing is ready, with members-only analysis and a digest of the week’s top news. Don’t forget to download the BoF Professional iPhone app to read this on your phone and get breaking news alerts.

This should be a golden age for apparel retailers. American consumer confidence is at a 17-year high and spending across major fashion markets, including the US and China, is strong. But shoppers are selectively opening their wallets, as the latest round of retail quarterly results shows.

On Wednesday, PVH, which owns Calvin Klein and Tommy Hilfiger, reported a 16 percent year-on-year jump in revenue last quarter to $2.3 billion, beating analyst expectations. Tiffany shares hit a record high after reporting that same-store sales rose 7 percent in the first quarter, while Kering in April said revenue shot up 27 percent in the first quarter, led by Gucci and Balenciaga.

Meanwhile, Gap Inc.’s sales barely budged, inching up 1 percent, disappointing investors and sending the company’s stock tumbling 15 percent. H&M shares are down 19 percent this year and the company has said it will need to slash prices to reduce inventories, damaging profit margins.

So what separates the winners and losers? It all comes down to image: customers are flocking to brands with a clear identity that reflects their values. And with the economy going strong, those brands are betting that shoppers will pay full price instead of waiting for semi-annual sales or hoping to stumble upon an acceptable knockoff at a fast-fashion outlet.

It’s a dynamic that’s tilted toward — though not exclusively — to luxury brands. Gucci, Saint Laurent and Balenciaga, the brands driving Kering’s impressive growth, pump out designs that their young customers are desperate to buy at any price. Indeed, millennials and Generation Z make up luxury’s demographic sweet spot, driving 85 percent of the growth in luxury spending last year, according to Bain. Young shoppers are flocking to brands that are aspirational, but also flexible enough to cater to their individual aesthetic, and which are keeping up with millennial marketing and culture. Social media is playing a bigger role, sprouting niche cultures and giving consumers more control over how they fit a brand’s clothes into their personal style.

This week, Balenciaga’s $1,300 shirt sewn onto a T-shirt spawned countless memes, many mocking the design. But the attention is sure to drive plenty of curious customers into stores while also making the brand feel accessible to a wider group of consumers. When was the last time a Gap T-shirt generated that kind of traction on Instagram?

Some of America’s major fashion groups — Ralph Lauren, PVH, Michael Kors and Tapestry — along with Burberry in the UK, have been working to elevate their brands by running fewer promotions and distancing themselves from discount-happy department stores and off-price outlets. Tiffany is splitting the difference, increasing its range of lower-priced jewellery but also courting millennials with its high-end “Paper Flowers” line.

All of these companies are betting that their brands will keep bringing in customers even if they can find cheaper polo shirts, earrings and handbags elsewhere. However, their newly won luxury status could backfire if the economy takes a turn for the worse.

The strategy appears to be paying off. Ralph Lauren’s sales dipped 1 percent in the most recent quarter, but profit margins rose, reflecting the brand’s decision to cut back its distribution in department stores by 25 percent. The question now is whether Ralph Lauren can translate its newly “elevated” image into sales growth, analysts say.

But where does this leave so-called mall brands? Retailers selling basics or lookalike fashion are locked in the seemingly endless cycle of discounting that first took hold during the recession and has been a hard habit for these businesses to shake off. Shoppers have come to expect 40 percent off sales at Gap or $4 T-shirts at H&M. Many won’t set foot in stores that aren’t plastered with promises of steep discounts. Contrast this with Gucci, which has stopped discounting altogether, retaining the perceived value of older collections.

There is a bright spot for some of these ageing businesses that are building new, millennial-friendly brands. Gap Inc’s women’s fitness brand Athleta is seeing double-digit growth, compared with a 4 percent drop at its flagship brand in the latest results. American Eagle’s Aerie lingerie line, marketed via a body positivity campaign that has proven a hit with millennials, saw comparable sales spike 38 percent in the first quarter, helping drive a 9 percent increase in same-store sales.

And some mainstream brands are weaning themselves off of discounts.

Abercrombie & Fitch on Friday reported a 5 percent increase in same-store sales in the first quarter, even as the company has reduced promotions.

“Over time as our brands became less healthy and less relevant we relied on more promotional activity,” said chief executive Fran Horowitz. “But as we restore brands to health, we’re driving traffic back to our stores.”

Nowhere is the dichotomy more stark than at J.Crew. The company’s main brand saw a 6 percent decline in same-store sales in the first quarter — and even that was considered an improvement. But Madewell, which targets millennial women with floral dresses and workwear-inspired denim jackets, surged 31 percent at stores open at least a year. The privately held company now generates about one-fifth of its revenue from Madewell, a share that seems likely to rise further.

Madewell still uses discounts to drive sales, but bargains are typically offered through a customer loyalty programme, rather than as a tactic to draw new shoppers into stores. That formula appears to be working where ubiquitous discounting at J.Crew hasn’t, and enhances, rather than degrades, the connection between the brand and its customers.

In other words, if you’re fighting a price war, you’re already losing.

Michael Kors forecasts annual profit below estimates. Net income attributable to the company was $44.1 million in the fourth quarter ended March 31, compared with a net loss of $26.8 million a year earlier. Revenue rose to $1.18 billion from $1.06 billion. However, Kors’ forecast for yearly earnings was largely below Wall Street estimates, driving its shares down 7 percent.

Lululemon first-quarter profit beats expectations. Revenue jumped 25 percent to $649.7 million, up from $520.3 million a year ago, sending the Canadian company’s shares to an all-time high in after-hours trade. The brand is on track for $4 billion in revenue in 2020, according to chief operating officer Stuart Heselden.

Brock Collection signs exclusive partnership deal with Onward Luxury Group. US consumers account for 75 percent of Brock’s current sales, but the brand wants to shrink that figure to 30 percent via the partnership with Onward, which will start with the Resort 2019 collection in June. International growth is critical as Brock attempts to more than double sales in the next three years, and eventually launch an accessories line.

Mansur Gavriel to launch men’s line. Co-founders Floriana Gavriel and Rachel Mansur are launching a collection of men’s accessories launching for Pre-Fall 2018. They will be sold at the brand’s New York and Los Angeles stores, as well on their e-commerce site and with exclusive partner Mr Porter. A second menswear capsule for Autumn/Winter 2018, which includes ready-to-wear and footwear, will follow in September. 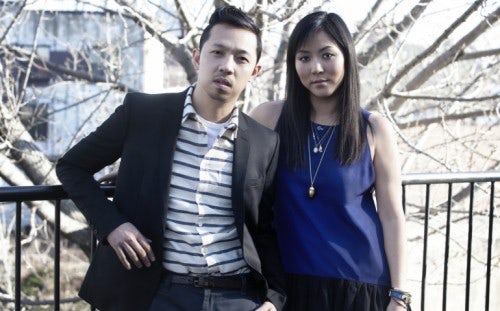 Opening Ceremony lays off 23 amid search for new investor. Opening Ceremony has reduced its corporate staff by at least half in multiple rounds of layoffs since early 2018, said one source familiar with the company’s operations. The most recent round of layoffs was the biggest yet and affected nearly everyone that worked on its in-house collection. There were also cuts to other departments, including e-commerce.

Stuart Weitzman executive sues Tapestry over sexual harassment claims. The fashion company and its owner is being sued by executive Thomas Gibb, who alleged he was sexually harassed by the brand’s recently departed creative director, Giovanni Morelli. In a lawsuit filed in Manhattan state court, Gibb said he endured “numerous unwanted touchings and endless comments” from Morelli, and the conduct continued despite a complaint to human resources.

Vogue alumna Jaime Perlman launches magazine. The new bi-annual publication and digital platform, titled “More or Less,” will live under Jaime Perlman Studio, which is Perlman’s creative direction agency and consultancy founded in 2017. The title, featuring Kate Moss on the cover of its debut issue, launches at Idea Books on May 31, followed by a number of selected retailers worldwide on June 1.

American Vogue hit with layoffs. About eight people from across the title have been laid off as part of an internal reorganisation — including the director of communications and a Vogue.com senior market editor — according to sources close to the magazine. The departures come as parent company Condé Nast is doubling its efforts to cut its overhead costs and streamline its staff by sharing resources across titles.

De Beers to sell man-made diamonds. The company will start selling man-made diamond jewellery at a fraction of the price of mined gems, marking a historic shift for the world’s biggest diamond miner. It vowed for years that it wouldn’t sell stones created in laboratories. The strategy is aimed at undercutting rival lab-diamond makers, who have been trying to make inroads into the $80 billion gem industry.

Moda Operandi expands into menswear. The launch is part of an ambitious growth plan for the New York-based e-tailer, which raised $165 million in 2017 and is preparing to enter Asia in 2019. Last year Moda Operandi reported about $165 million in revenue. Chief executive Deborah Nicodemus expects the company to grow another 54 percent in 2018.

Best sustainable clothing brands: 19 to have on your radar for eco-conscious designs

Shop with the brands doing their bit to build a better tomorrow. If you’re searching the Internet for sustainable clothing brands, chances are, you’re keen to cut down your fast fashion consumption and make your wardrobe a little more eco-friendsly. ...

Selfridges have just launched their summer sale, with up to 50% off lots of top brands

Marie Claire is supported by its audience. When you purchase through links on our site, we may earn commission on some of the items you choose to buy. We've rounded up our favourite items... The Selfridges summer sale is here. ...

Prince William just shared a sweet photo with his three children, and we love Charlotte’s dress

Marie Claire is supported by its audience. When you purchase through links on our site, we may earn commission on some of the items you choose to buy. How cute! The Duke and Duchess of Cambridge shared an adorable photograph ...

Best sustainable clothing brands: 19 to have on your radar for eco-conscious designs
30/06/2022

Prince William just shared a sweet photo with his three children, and we love Charlotte’s dress
21/06/2022