NEW YORK, United States — What do Supreme, Palace, Kith, Pharrell Williams and basketball star Kyrie Irving have in common? They’ve all had recent link-ups with tennis, a sport more often associated with Polo-wearing preppies than streetwear. But the perception of tennis as a pastime for predominantly white, country club members is increasingly outdated as marketers target the wave of multi-ethnic, streetwear-savvy millennials who are increasingly drawn to the game.

If the pairing seems unlikely, that’s because it is. But seen through the lens of a new generation of tennis players and fans, it also makes a lot of sense.

Kyrgios, 23, has been a long-time fan of Irving, who was also born in Australia. Kyrgios also considered playing basketball professionally before choosing to focus on tennis and can often be seen on Instagram wearing NBA jerseys while slamming forehands on the practice courts. And with a high-cut fade which sometimes features geometric designs, a hairstyle often seen on rappers, Kyrgios’ urban-inspired personal style reflects the cultural trajectory of tennis today.

“It’s really no longer just exclusive to the country club setting,” explains Gregg Cohenca, a former competitive tennis player and founder of Jacques, a men’s activewear startup. Thanks to top players like African American sisters Serena and Venus Williams, and the now-retired Li Na, one of China’s most popular sportswomen, tennis has become more inclusive. And while the likes of Ralph Lauren have long aligned themselves with the world’s fourth most popular sport, the shift is starting to show in the growing union of tennis and streetwear.

Supreme is no stranger to tennis, having launched tennis-related collaborations with Fila (2007) and Nike (2011, 2013, 2015). But when the streetwear juggernaut launched a set of apparel with Lacoste (2017, 2018) and actual tennis balls with sporting goods player Wilson (2018), it seemed to signal something wider. 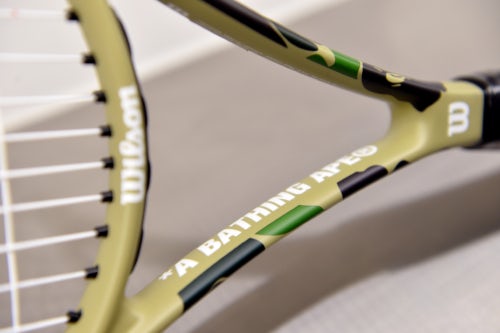 “One of the things that’s been a guiding light for us right now has been the connection between the culture of sport, our performance products and the culture of youth. We are constantly looking for the intersections of those three things,” says Kyle Schlegel, marketing director of Wilson, who oversaw the collaboration with Supreme. Last year, Wilson also worked with Japanese streetwear pioneer BAPE to produce tennis racquets with the label’s signature camouflage print as well as limited-edition tennis balls. The racquets are scheduled to hit BAPE stores in the US and Japan later this spring.

At September’s US Open, Serena Williams stepped onto the court in a ballerina-inspired Nike outfit designed by none other than Virgil Abloh, founder of luxe streetwear label Off-White. In 2017, Nike tapped then Givenchy designer Riccardo Tisci, known for his early experiments at the intersection of high fashion and urban streetwear, to create on-court gear for Maria Sharapova. And the sportswear giant has held events with tennis legend Roger Federer at streetwear mecca Kith. 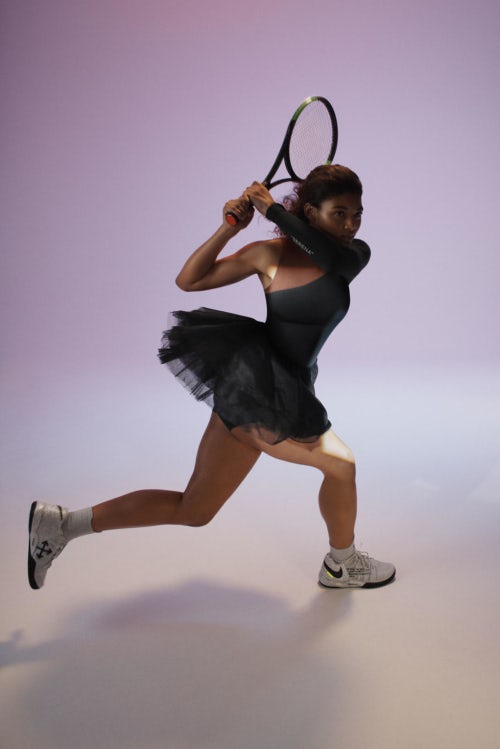 But a new wave of tennis stars — a group of stylish players to which Kyrgios belongs — is increasingly where young fans are looking. Last year at Wimbledon, when Palace and Adidas launched an all-white capsule collection, it was worn by 21-year-old Alexander Zverev and 25-year-old Garbiñe Muguruza, both of whom appeared in a lookbook with Palace skaters Blondey McCoy and Lucien Clarke.

Some of the next generation announced their arrival at the recent Australian Open with breakthrough performances against tennis veterans. Perhaps, none as loudly as Stefanos Tsitsipas, a 20-year-old Greek who beat 20-time Grand Slam champion Roger Federer, 37, in four tight sets and recently inked a deal with Federer sponsor Rolex. Francis Tiafoe, a 21-year-old American whose parents emigrated from Sierra Leone reached the quarterfinals but lost to the mighty Rafael Nadal; Canada’s Denis Shapovalov, 19, and Russia’s Daniil Medvedev, 22, made Novak Djokovic work hard for his victories.

On the women’s side, Belarussian Aryna Sabalenka, 20, was considered the dark horse to take the title, but lost to 17-year-old-American Amanda Anisimova, who has been compared to Maria Sharapova. Sharapova, herself, was beaten by Ashleigh Barty, 22, a half-British, half-Ngarigo Australian. And then there’s the 21-year-old Naomi Osaka, who is Japanese-Haitian and on Saturday won her second straight Grand Slam title, becoming the women’s singles champion — and the top-ranked player in the world — at the Australian Open only months after winning the US Open and scoring a $8.5 million-a-year endorsement deal with Adidas.

“This class of kids is super varied, both in their [playing] style and their stories, in their tastes, and in their looks… I think when you showcase that, you signal out to everyone else: ‘This welcome you too,’” says Caitlin Thompson, publisher of Racquet magazine. According to Thompson, they also play an “imaginative” game that is “a lot more inventive and a lot less safe,” which makes for good entertainment. 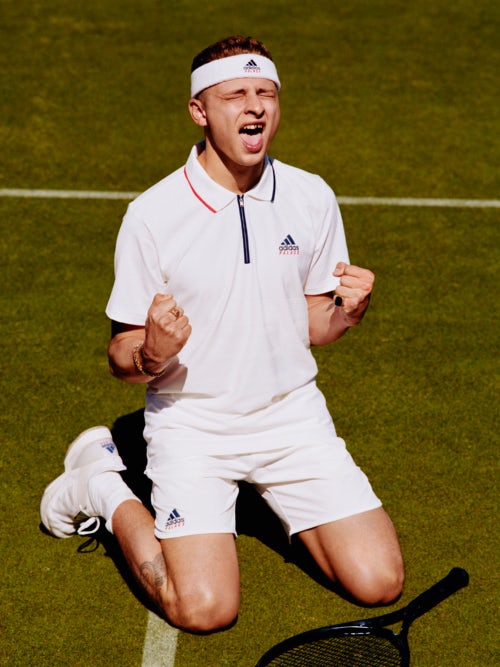 And unlike previous champions, these new stars are digital natives who have forged direct and more intimate relationships with millions of fans on social media. Indeed, their followers know well that Tsitsipas is an avid vlogger who is inspired by Casey Neistat. Or that Shapovalov has a serious sneaker collection, Tiafoe is a Lebron James fan and Osaka’s wish to eat green tea ice cream after her US Open win became a mini-viral sensation.

“What can they do if given a chance to design a collection… What would that look like?” asks Thompson. “They would probably reference streetwear and skateboard culture. I think it’s a really exciting moment because we’ve seen that happen a lot in other sports.”

All of this represents a significant opportunity for fashion brands that may not have previously considered tennis to be an attractive platform for connecting with millennials. “I think that the younger players give brands more of an opportunity to have an authentic relationship with the consumers who want to follow these guys, [who want] to dress like them and act like them,” adds Thompson.

Last year, Uniqlo paid a record $300 million for a ten-year contract with Federer, a world-class player whose personal brand will no doubt shine long after he has stopped playing professional tennis. But make no mistake: the tides are changing.

How Streetwear Took Over Luxury

Where Does the Business of Street Style Go From Here?