The Year Ahead: Smoothing the Path to Purchase | Intelligence

Home Blog The Year Ahead: Smoothing the Path to Purchase | Intelligence
Skip to content

This article appeared first in The State of Fashion 2019, an in-depth report on the global fashion industry, co-published by BoF and McKinsey & Company. To learn more and download a copy of the report, click here.

LONDON, United Kingdom — The time lag between discovery and purchase is a pain-point for customers who continue to expect better experiences. Companies are increasingly focusing on reducing this source of friction and launching new technologies to enable a smooth and speedy transition from inspiration to acquisition.

The consumer psyche is changing fast. Technology leaders such as Amazon, Uber, Netflix and Deliveroo have raised customer expectations in terms of speed and convenience. Through its Prime offering, Amazon has created an expectation that delivery should be next day, or even same day. Customers now expect to get a taxi, watch a film or receive a meal almost instantaneously, and to make a choice based on an easy-to-assess interface or app.

This resulting need for immediacy shows up in various customer experiences. Some 61 percent of respondents to one UK survey are not willing to wait more than 45 minutes for a takeaway food delivery to arrive. Around one in five say they will wait just 5-10 minutes for a taxi ordered via an app. This changing sentiment is revealed by shifting patterns of internet searches. Google search interest for businesses and the like that are “open now” has tripled in the past two years. Searches for “store hours” have dropped. This demonstrates a subtle but fundamental change in mindset.

The key pain point comes at the stage after the consumer has had an idea, but before they have identified where they can purchase the product.

If tech companies have taken a lead on streamlining the customer decision journey, fashion companies have largely failed to follow. Across the industry, the process is more fragmented than it is on digital-native platforms, with customers often struggling to shop based on their ideas, desires or inspirations.

One reason is that the way consumers get inspired has changed. In the old world, they would often get ideas for purchases directly from brands (intermediated by magazines) or from in-store assistants. Now consumers turn to a much wider range of inspirations, from social media, celebrities and influencers, to spotting an attractive look on the street. According to a 2017 millennial survey, consumers are more likely to find inspiration from external sources (e.g., influencers, friends, TV) than directly from the brand or retailer (i.e., store website, in-store staff). Some 41 percent of respondents say they rely on influencers and bloggers, compared with just 20 percent who put their faith in store employees.

The increasingly diverse nature of inspiration can be a source of confusion for some, because it removes the direct connection between the idea and the item. Instead, consumers must now seek out the product they are looking for based on their best guess of the right brand, description, season or retailer. This represents a significant pain-point in the customer decision journey. From a brand perspective, more fragmentation and degrees of separation create roadblocks in converting inspired consumers into purchasers.

The key pain point comes at the stage after the consumer has had an idea, but before they have identified where they can purchase the product. As a result, the instant gratification impulse is frustrated. The consumer moves on and the sales opportunity evaporates. Drilling down into the causes, this pain point is at least partly caused by an inability to identify and find the product. Word-based searches do not lead to the right place and often consumers wouldn’t know the right terminology for the product they search. The challenges are particularly onerous when the customer does not know the name of the brand concerned.

This problem is exacerbated by the mobile experience, evidenced by the fact that mobile is capturing share of online traffic, yet conversion rates are still lagging behind other digital channels. Based on a basket of apparel and jewellery retailers in the US, UK, Europe and Asia, average sales conversion rates on desktop are around 3.2 percent, while on mobile they are 0.9 percent. The cause is that the mobile consumer journey is not yet streamlined or compelling enough to inspire a purchase. It is often that products are difficult to view on a small screen, or that the check-out process is cumbersome and contains too many steps. In any case, the experience is not as seamless as it needs to be. This is a serious challenge for the fashion industry, especially given the relentless migration from desktop to mobile.

In seeking a solution, fashion may learn something from other industries. In music, Shazam enables consumers to identify the name of tracks or albums simply by sampling the music wherever they hear it. The app has 150 million users a month and has been downloaded a billion times. “There’s this huge focus on… doing a much better job at curation and discovery,” says Stitch Fix chief operating officer Mike Smith. “There’s going to be a higher burden placed on the retailer and the brand instead of the customer doing all the work.”

In fashion, some emerging technologies are similarly aiding in product identification. 21 Buttons is a social network that is designed to increase “shoppability” potential, by enabling influencers to share shopping links to items they wear in posts. WeChat users are linked from blog posts directly to brand mini e-commerce sites, allowing them to find inspiration and purchase in one place without ever leaving the Chinese “mega-app.”

Looking forward, visual search is a particularly interesting proposition for the fashion industry. Screenshop enables users to take a screenshot or picture of “tops, skirts, shoes, etc.” and then shop similar items straight from their phones. UK start-up SnapTech (previously SnapFashion) is a leader in the field. Marie Claire editors used the company’s Snap the Celeb feature to search for high street options that were similar to what they were seeing on the catwalk or street. Elsewhere, Israeli company Syte.ai has developed a visual tool for fashion (serving some of the big high street fashion names as clients) and raised $8 million in early funding. Singapore-based start-up Visenze AI launched “Shoppable User Generated Content,” a visual recognition tool that “understands and tags user-generated contents making items within images easy to discover, search and purchase,” and works with leading retailers, such as Myntra. 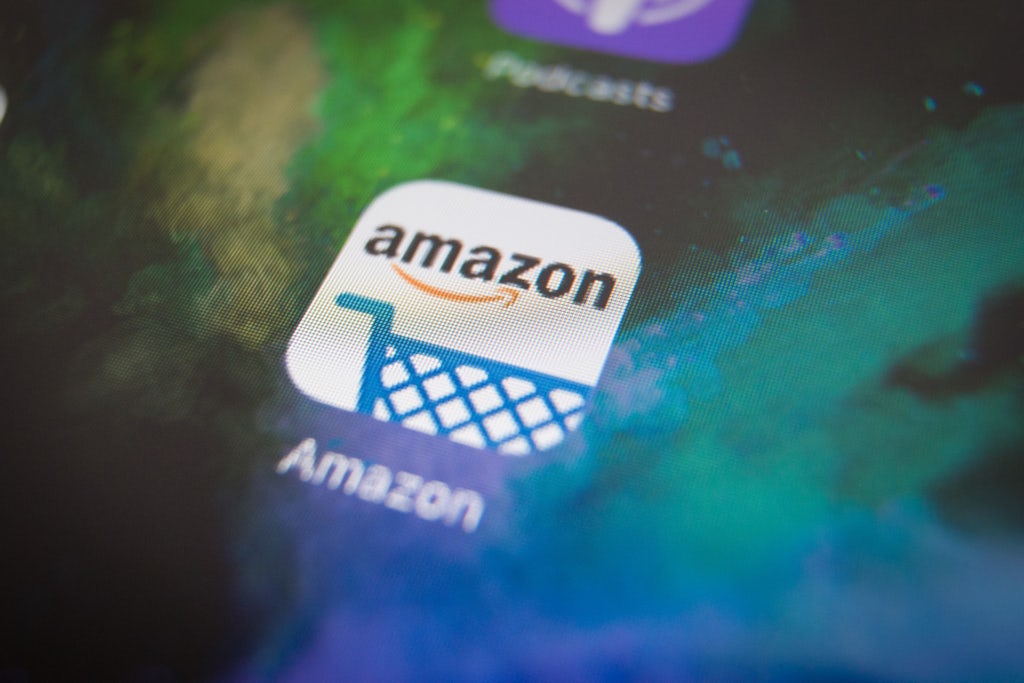 Larger fashion players and retailers are also catching the wave, either developing tools in-house or partnering with technology companies. Asos, for example, has developed a “Style Match” search tool and the company expects visual search to help drive sales growth of 30-35 percent. Chief executive Nick Beighton remarks, “One of the things we are solving for customers is, ‘What do I wear this morning? What do I wear to do whatever I want to do today, to feel confident about whatever I’m doing?’ Visual search is one of the ways to take away that friction.”

Forever 21 partnered with Donde Search to create Discover Your Style, a visual search tool which can locate items from features such as silhouette and colour. A pilot increased average purchase value by 20 percent. Finally, eBay has launched an app allowing users to find items based on photos. The company says AI is driving more than $1 billion per quarter in incremental sales. Amazon is using artificial intelligence to help people shop. Its “Echo Look” functionality is able to learn about an individual’s style and make recommendations based on what it sees.

It is interesting to note that, while many players are racing to innovate in this space, it appears that no single player has captured mass customer adoption — yet. We think 2019 is the year we will see clear signals of how these tools will integrate into the day-to-day shopping experience for the average fashion consumer, and which ones will succeed.

The implications of these new technologies are considerable and will lead to both defensive and offensive plays. On the defensive side, we expect next year the majority of fashion players will integrate commerce functionality into social media, enabling direct-to-product journeys. They will also likely continue to invest in improving mobile conversion rates, streamlining the check-out process, improving search and optimising the user experience. Offensively, we expect brands and retailers to increasingly collaborate with technology companies to develop proprietary tools such as visual search engines. We predict that once one solution becomes a clear winner (such as Shazam in music), there will be a step-change increase in consumer adoption.